“And what *is* an Ernest, you may ask? A man with a past both rich in history and tradition.”

Through nine feature films, an Emmy-award-winning TV show, and thousands of television commercials, Ernest P. Worrell became a beloved comedy icon. Originally created as an advertising character, Ernest transcended these humble beginnings to become an unexpected hit—given life through the creativity of an indispensable team of artists, as well as through the unparalleled talent of actor Jim Varney.

Today, two decades after Varney’s death, both Ernest and Jim seem to endure largely as pop culture footnotes; or worse, as easy punchlines. But there’s more to Ernest than that, and this documentary film will guide viewers through the entire Ernest epoch to examine the shelf life of a phenomenon.

Using archival footage, cast and crew interviews, and never-before-seen material, we will seek to answer the questions: “Who was Ernest, who was Jim Varney, how did they relate, and why do they both mean so much to people?”

Hi all! David Pagano here. I want to thank all of you for supporting “The Importance of Being Ernest” documentary, and briefly recap how this project came to be…

The roots of this documentary go all the way back to 2015 with “Ernest Goes to Podcast”, as my friend Erin and I took on the challenge of discussing everything Ernest P. Worrell had ever said, done, or appeared in. Along that journey, we met Justin Lloyd (Jim Varney’s biographer / nephew) when he invited EGTP to visit Jim’s hometown of Lexington, KY. Since Erin and I had been analyzing Ernest in extraordinary detail, it was a pleasure to talk with someone who had done an equally deep-dive into the life and career of the actor behind Ernest.

A couple of years later, I was wrapping a documentary short and thinking about what my next project could be. Since I had gained all of this knowledge from producing Ernest Goes to Podcast, directing a feature film celebrating Jim Varney and Ernest struck me as a logical next step, and felt like something that I could do really well. I reached out to Justin, and he was game to collaborate on a documentary pitch.

At the same time, former Ernest writer Daniel Butler was helping Ernest creator John Cherry figure out ways to rebuild interest in the character… and one of those ways involved getting in touch with the various Ernest fan podcasts. We connected with Daniel and began tossing around ideas. After pitching and processing more than a dozen ways to reestablish Ernest’s pop culture presence, the documentary seemed to be the best place to start. 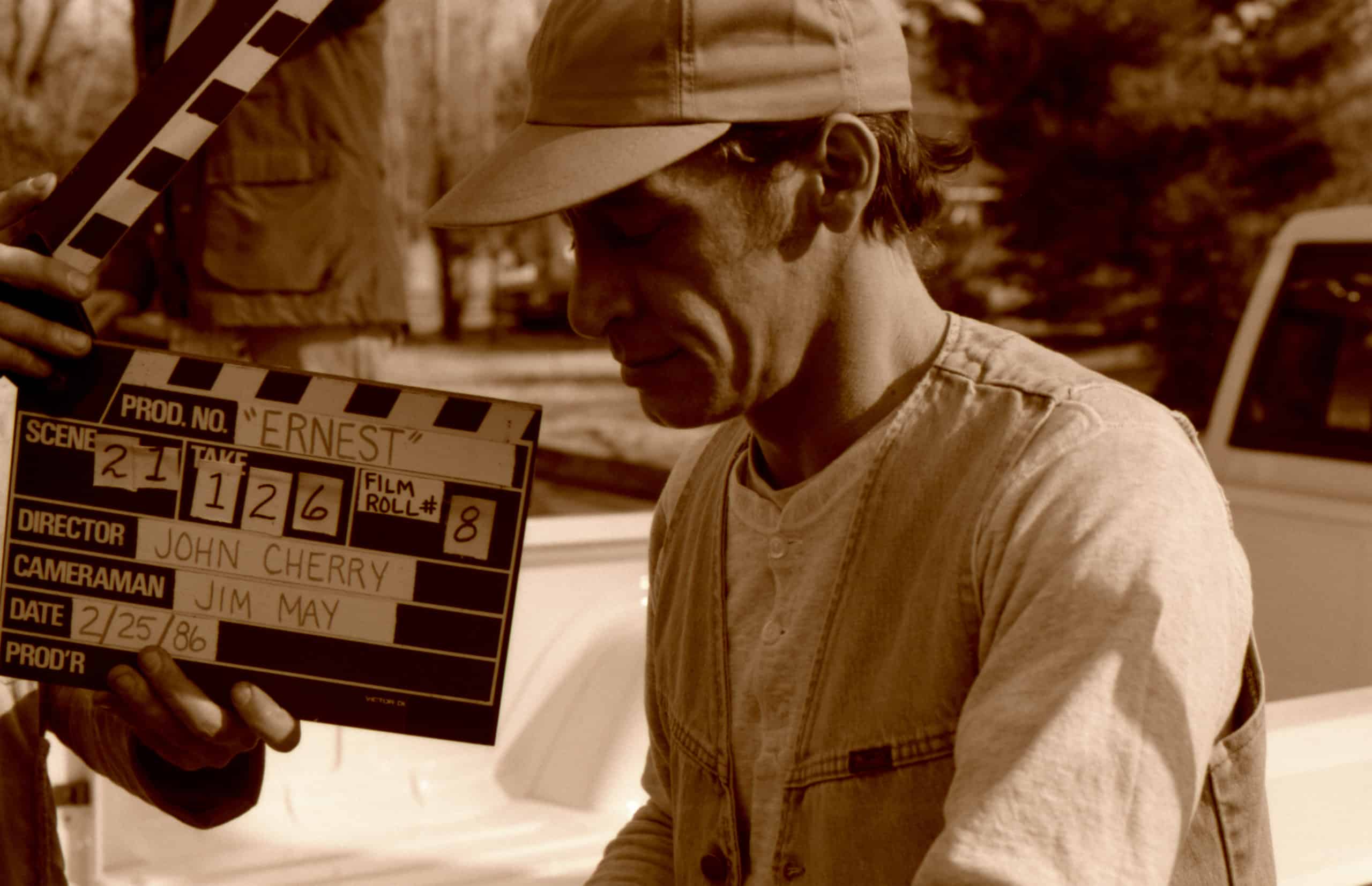 So that’s “how” we got here, but what about the “why”? There are several reasons we want to create this documentary:

1) The full story of Ernest and Jim Varney has never been told on screen.

There is no definitive behind-the-scenes look at the making of the Ernest ads, films, TV shows and specials, or of Jim Varney’s life and work. There are a few outtakes and making-of clips in the commercial compilations, but the official Ernest home video releases have zero special features of any kind.

As for Jim Varney, the closest thing we have to a documentary is the E! True Hollywood Story from 2001. But that episode is less than an hour, is not commercially available to watch, and has all the nuance and subtlety one would expect from a reality show made in the early 2000s.

2) The archival footage and assets needed to tell this story are fragile and should be preserved.

It’s easy to take the convenience of digital media for granted; files and folders can be duplicated and saved with a click. The media from the Ernest era, on the other hand, exists primarily in physical or analog form: cassette tapes, film prints, slides, negatives, photos, papers, etc. If this content isn’t transferred to a digital format, it will eventually deteriorate and be lost forever.

Complicating matters further, there’s no one person or location that houses all of the Ernest content. In our research and preparation for this documentary, we have reached out to colleagues, collectors, and institutions to get an idea of what still exists and where it is. All of the Ernest and Jim Varney media out there is only going to get harder to find. If we don’t tell this story now and preserve that content digitally, we may never have another chance.

3) The personal accounts and experiences from people who knew, met, and worked with Jim Varney should also be preserved.

Just like physical media, the stories and memories from Jim’s family and friends are in danger of being lost if we don’t take the time to record them. (If you knew or worked with Jim, please contact us—we want to talk to you.)

In addition to the participation of the Varney and Cherry families, here is the current list of folks who have agreed to contribute to the documentary (with more to be confirmed in the future):

One thing we’ve found is that the people who worked on and starred in the Ernest franchise are largely unaware of how many Ernest fans are still out there, and how meaningful the character still is to those fans all these years later. This documentary will serve as an opportunity to bring folks up to speed, and thank them for their work. And speaking of the fans,

4) There are so many fans with a real hunger for this story to be told, and to know more about a beloved character and performer.

There’s no denying that Jim Varney and Ernest made a HUGE impact, especially on the kids who grew up with him. I can’t tell you how many people have contacted us saying something along the lines of,

“When I was a kid, Jim / Ernest was basically like a father figure to me. He was someone I idolized growing up.”

And a lot of those fans have been doing the same kind of work that we have: tracking down and saving old Ernest material and content, and preserving it for future generations. Our goal is for this film to collect, centralize, and channel this passion at a high level of quality, creating a comprehensive historical document of the entire Ernest epoch. 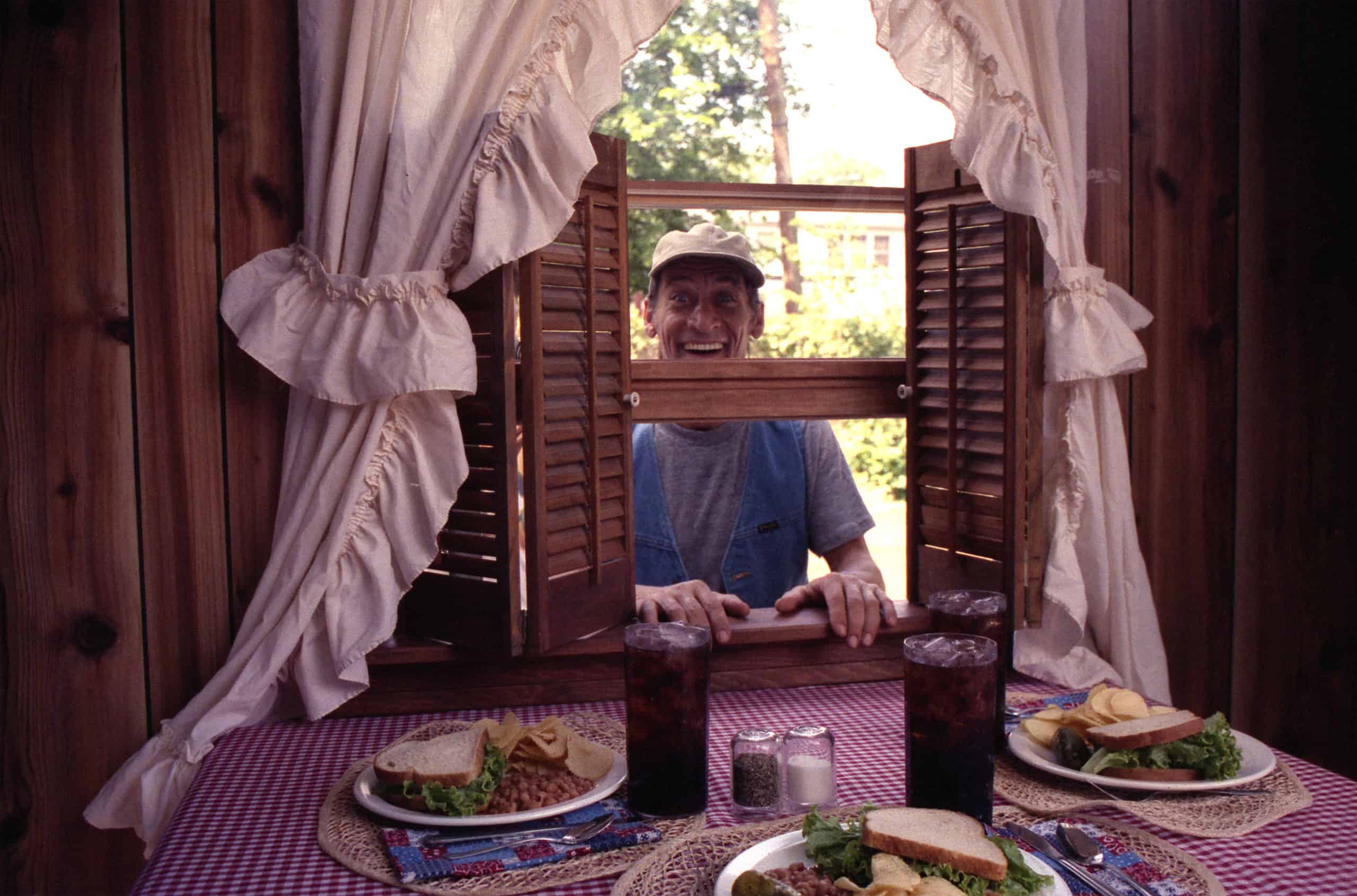 Ultimately, this project is about legacy, and that’s the biggest thing we want to preserve—the legacy of both Jim and Ernest.